The Red Light District Past of Ouray, Colorado 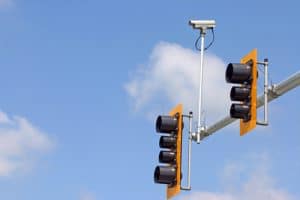 Have you ever wondered what Ouray was once like? The origins of Ouray are rich and wildly entertaining. The red light district gained prominence during the late 1800s and today it provides another lively, interesting glimpse of how life was during a much, much different time in history.

Ouray’s red light district was located primarily at 2nd Street, nestled between 7th and 8th Avenue. There were also several different buildings, with names such as the Clipper, Bon Ton, Bird Cage and more. Also, dance halls were popular. For a simple $0.25, patrons could look forward to a drink and a dance while ladies could also enjoy drinks for just $0.15 more. Girls received a share of the profits.

The Grand Pacific was erected in 1881 on Main Street. The building on two levels was known for providing lodging, liquor, and gambling. Ironically, as the site of Ouray’s first reported shooting, it would end gaining a notable, if perhaps questionable spot in history.

The red light district is only one fascinating facet of what makes Ouray, Colorado so richly engrossing. With people being asked to remain indoors, now is a great time to delve deep and learn more about what it’s all about.